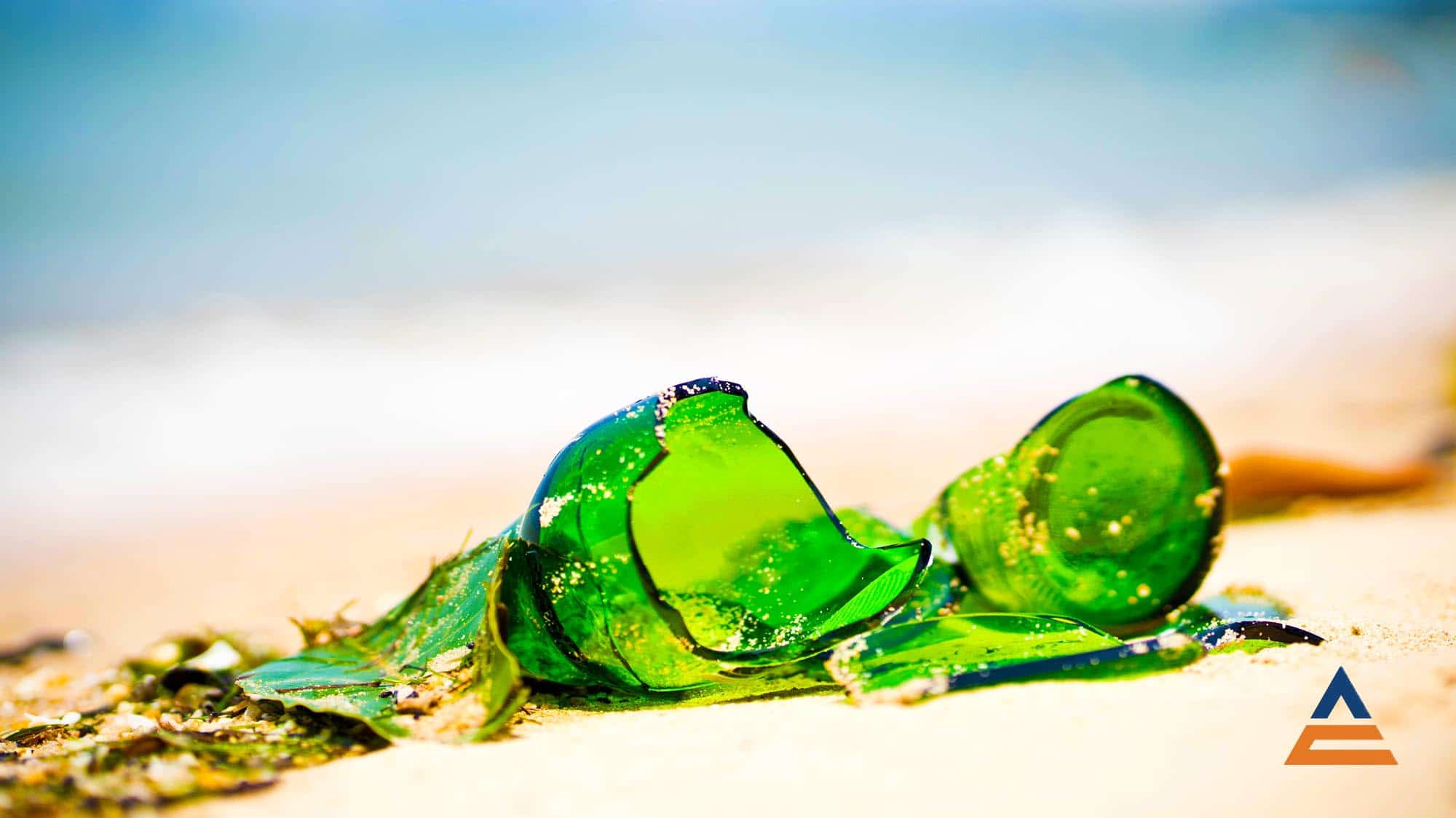 Far from Zero Waste – while in the 1950s almost 1.5 million tons of plastic were produced per year, today it is nearly 400 million tons worldwide. More than 10 million tons of waste end up in the oceans every year, of which about 75 percent is plastic. More than half of all plastic waste in Germany consists of packaging. The volume has almost doubled in the last 20 years Reasons include the increase in industrial packaging for fruits and vegetables (+ 94% respectively + 186% between 2000 and 2016), to-go packaging, plastic tableware and disposable beverage bottles. In addition, around 1,000 tons of microplastic made from cosmetics and cleaning agents end up in wastewater systems and thus in the oceans every year. In addition to the physical danger posed to marine animals by plastic, which they eat and die from, or in which they become fatally trapped, particles from the rubbish are decomposed into water and thus into the food chain of animals and humans. Depending on the person and place, already today up to 5 grams of plastic per week enter the human body through the intake of water, food and air, according to a study commissioned by the WWF.

But why does the garbage end up in the oceans at all? Isn’t the waste being recycled? According to NABU data, only about half of the waste of plastic packaging is actually recycled, the rest is sent for thermal treatment. Technically, more recycling would be possible, but economically unviable. Included in the recycling quota: About one sixth of the plastic waste produced in Germany is exported, mainly to Asian countries. However, these countries do not have an adequate recycling infrastructure, so that the waste is usually incinerated or landfilled there. With regard to the topic of microplastics, it should be added that sewage treatment plants are not able to completely filter the relevant particles out of the water – at least three percent are released into the environment.

Prevention is better than aftercare

Society has recognized that a change must take place in order not to fill the planet permanently. At present, there is an increasing rethinking of consumer and disposable behavior. The increase of political requirements should also lead to the avoidance of plastic waste. Zero Waste is the keyword here. The official definition of the Zero Waste International Alliance (ZWIA) is: „The conservation of all resources by means of responsible production, consumption, reuse, and recovery of products, packaging, and materials without burning and with no discharges to land, water, or air that threaten the environment or human health“. In concrete terms, Zero Waste means, on the one hand, avoiding (plastic) waste as far as possible in order to conserve resources and, on the other hand, a more sustainable recycling philosophy.

The plastic carrier bag is a good example here: It takes 10 to 20 years to decompose completely. At the end of April 2015, the EU Commission adopted a directive on the reduction of plastic bags. According to it, consumption in the EU is to fall to 90 bags per person by the end of 2019 and to 40 by 2025. Thanks to the voluntary commitment of some retailers to no longer offer plastic bags for free, the consumption per person in Germany has already fallen to 29 bags by 2017.

Further examples: Germany’s first unpackaged store opened in Kiel in 2014, and by May 2019 more than 100 stores of this type had been established nationwide. The trend is rising, as the population’s interest in packaging-free shopping is high. The ban on disposable plastic waste such as straws, drinking cups and plastic tableware introduced by the EU Parliament at the beginning of the year is another milestone on the road to a more resource-friendly society. In addition, the Packaging Act, which recently replaced the previous Packaging Ordinance, stipulates a recycling quota for plastic packaging waste of 63 percent in Germany for the year 2022.

Zero Waste in the economy

It may be because of society’s desire for more sustainability and the resulting public pressure on industry, or because of legal requirements or voluntary commitments: Zero Waste inevitably has far-reaching effects on economic life. Although the share of plastic waste from industrial activities is relatively low at 16%, companies have a duty to contribute to waste reduction, too This includes, for example, avoiding production and logistics waste or increasing the use of recycled materials in the production process. Further potential approaches are the development of concepts in the field of eco-design of packaging or the elimination of microplastics and dissolved polymers in drugstore articles.

The topic of Zero Waste will continue to accompany us intensively in the future. Our experts are at your disposal for an exchange.